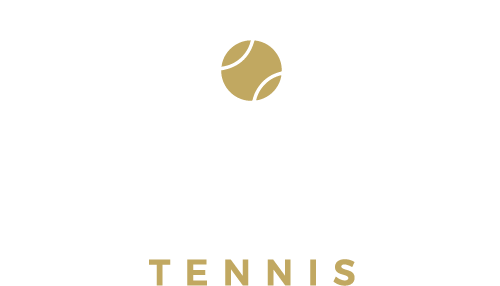 Our award winning team is passionate about making tennis available to all. We promote an environment of confidence, fun, teamwork and positivity, and we look forward to welcoming you to our world. All our coaches are LTA qualified and accredited, fully insured, DBS checked, Safeguarding trained, and First Aid qualified, and our classes adhere to the LTA British Tennis coaching structure. We attend regular training, in both tennis and fitness, to make sure we are in tip top shape to bring you the latest in teaching methods. 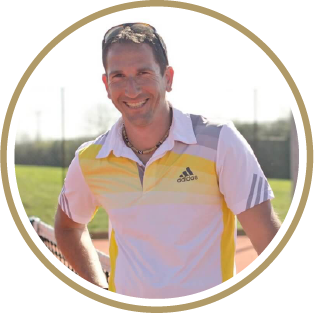 Dave grew up in Swaziland where he was introduced to tennis from a young age, and fell in love with the game from the very beginning. His mother ran a Montessori School from their family home, and it was there Dave recognised and committed his life path to empowering people to thrive through sport.

After moving to the UK and studying Sports Coaching at Canterbury, Dave began his tennis coaching career at a performance indoor centre where he managed the talent ID program for development of their junior players. In 2009 he moved to become Head Coach at Brenchley & Matfield LTC where he went on to build a thriving club, and a strong team. The club was awarded Kent LTA Club of the Year in 2018. Recognised personally, Dave was awarded LTA Kent Coach of the Year in 2017, and is committed to developing players alongside his award winning team.

“As Director of Evolution Tennis I am lucky to work in the world that I love best, with a great team of people round me. There is nothing more rewarding than watching a player develop, no matter what level they begin at, and sharing my passion for teaching with others.” 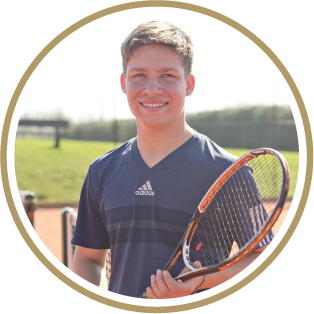 Rob joined Dave for tennis lessons from the age of nine, and as he moved through his teens it became evident what an incredible teacher he is in his own right. He brings out the confidence in the most nervous of children, and commands such a fun factor that his players are hooked from start to finish. The children’s response is remarkable, with consistent appreciation and feedback from parents, it is no surprise that he has such a huge following. Rob was key to the success of Brenchley & Matfield Tennis Club winning LTA Club of the Year, where he is a full time Senior Coach. He coordinates and manages all the Junior League Teams, and represents the Club in the Kent League Men’s Team. 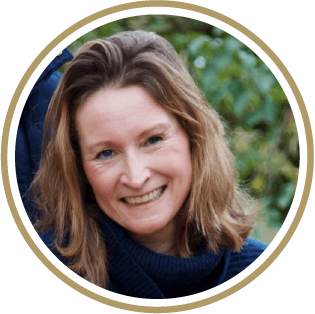 Sarah is married to Dave, and whilst he manages everything ‘on court’, she takes care of all matters ‘off court’. Sarah grew up in sleepy Suffolk, her love was horses, riding competitively in pretty much every discipline possible until she left for university. Her career was in banking, not a natural path to running a sports company, but fortunately, the opposing family skill sets knit well together. Lucky enough to have four beautiful children, all of whom are completely different, and probably the best training she could have asked for working in sports coaching! 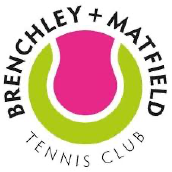 A thriving friendly village club located in the beautiful village of Brenchley; situated only 5 minutes from the A21, and set in an area of outstanding natural beauty. The club has 2 floodlit hard courts and 2 floodlit clay courts, a lovely café that serves drinks, snacks and meals on site, and surrounded by beautiful fields to walk in. We have a strong social hub for both juniors and adults, with regular events, where you will be warmly welcomed. As you arrive, look out for Gray’s Tearoom at the front. Drive down the left side of the Brenchley Memorial Hall building, past the squash courts, and bowling green, and the tennis club is at the back. There is parking next to the courts. We look forward to seeing you there!

We provide lunchtime and after school coaching for pupils from age 3 – 13 at  Pre-Prep, Derwent Lodge and Yardley Court. Set in 150 acres of glorious parkland, with state of the art sports facilities and a fantastic ethos to their children’s fitness and wellbeing. These classes are open to all pupils at Somerhill.